ATLANTIC CITY, N.J.—The New Jersey Young Insurance Professionals continued its 34-year tradition of raising money for Special Olympics New Jersey during its Fun Run on the Boardwalk of Atlantic City. Tuesday’s event, which was part of the PIANJ/PIANY Annual Conference, raised nearly $113,000, which brings its grand total, in conjunction with the PIANJ Golf Open, to $4 million raised for SONJ.

“For more than three decades, PIANJ-YIP has been committed to helping thousands of Special Olympics athletes have the opportunity to train and take part in various events,” said PIANJ-YIP newly elected President Logan True, CRIS. 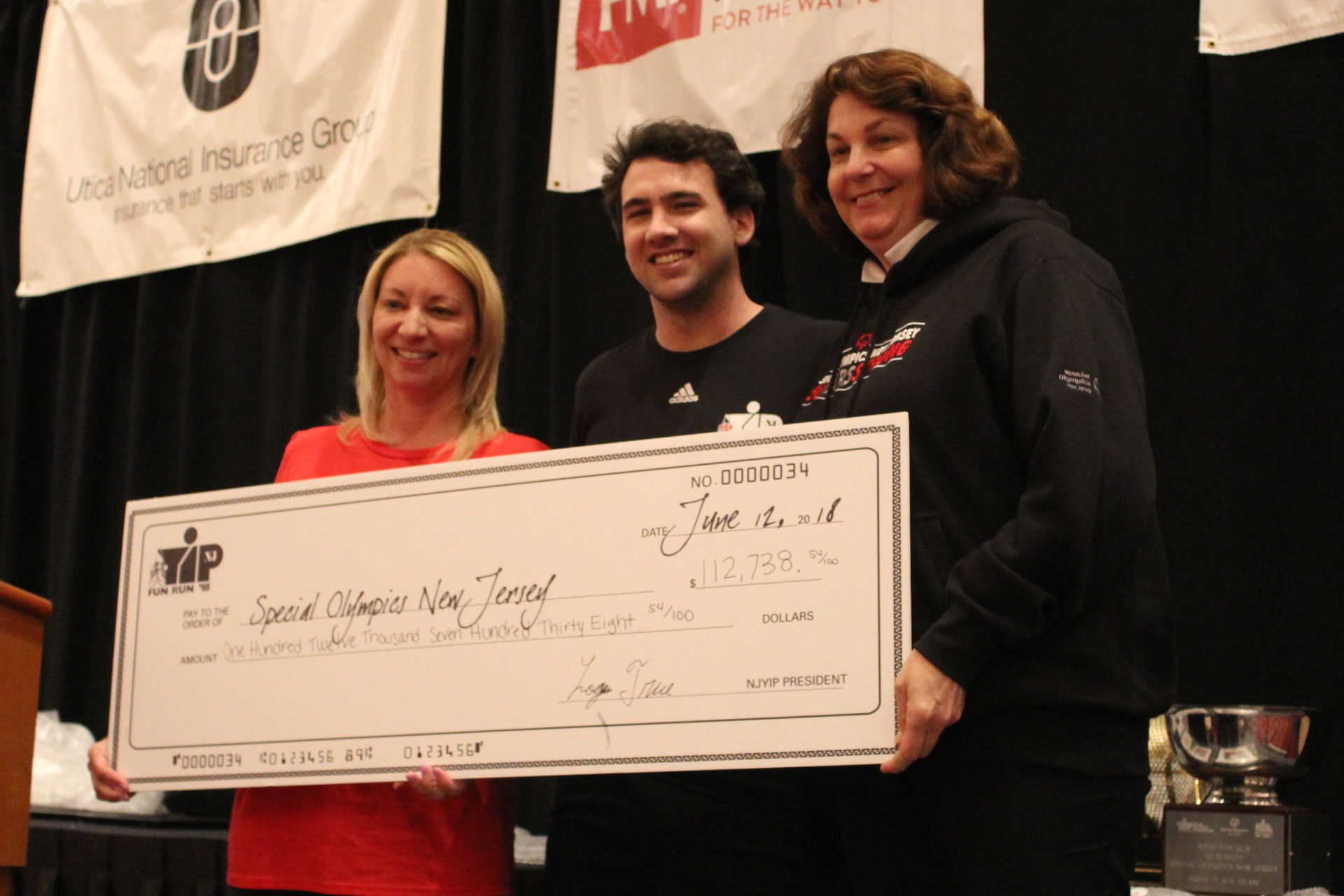 “It is amazing to see how far this event has grown over the past 34 years with our long-standing partner,” said President and CEO for Special Olympics New Jersey Heather Andersen. “The New Jersey Young Insurance Professionals continue to raise the bar each year and we greatly appreciate the relationship with them and the entire PIANJ. The Special Olympics movement thrives on the support of corporate partners such as the PIANJ-YIP and as we celebrate our 50th Anniversary, we look forward to working together to mold future generations.”

In terms of fundraising, FMI, a major-event sponsor for many years, was the company that raised the most money, contributing more than $85,000 to the Fun Run total. During the annual conference, FMI also received the Community Service award from the Professional Insurance Agents of New Jersey for its commitment to the Fun Run and other events. Other top fundraisers included: Jimcor Agencies, top agency; and Jordana Nester of Maiden Re as top individual.

The New Jersey Young Insurance Professionals is an organization dedicated to the professional and personal growth of newcomers to the insurance industry. It is an affiliate of Professional Insurance Agents of New Jersey, a trade association representing professional, independent insurance agencies, brokerages and their employees throughout the state.